Today, several vehicles aircrafts manufacturing companies and devote their research to innovation in transport. The results of these researches are starting to emerge and will invade our roads in the near future. Examples include the electric trucks manufactured by Tesla or the aircraft equipped with wind turbines or solar panels.

Automotive on the lead of the innovation in the transportation

The cars running entirely with the help of electric battery are already present on the roads with for some models, a range of more than 300 km. In Paris, the Autolib system has 3,000 electric vehicles for rent, operating with 1,000 charging stations. In this particular case, innovation is not only technological, since it is the first experience of this scale in the world.
For this system to work properly, it was also necessary to innovate in the way they move. The goal is to become aware of climate change and to reduce greenhouse gases.
For a long time, much of the air pollution has been attributed to the fine particles of thermal vehicles. At the top, the big trucks that carry tons of goods, and connecting the big cities. It is therefore under this environmental pressure that the manufacturer Tesla presented at the end of 2017 its electric trucks that have already had pre-orders from Canadian transportation companies such as Walmart and Lablaw. Electric buses have already been present on the American continent since 2014. Next step will be driving independently, several manufacturers such as Tesla, BMW or Renault have already taken the lead.

The anticipated innovation in the air transportation

The development of renewable energies will be accelerated with the rise of aeronautics, which is becoming more and more eco-responsible. Thus, the first project to have emerged in this sector is the Solar Impulse. It is a Swiss company founded in 2003 by Bertrand Piccard and André Borchberg.
They made a single-seat airplane flying with solar energy, able to cover small distances without fuel. The Solar Impulse 2 aircraft made its first world tour in July 2016, but this time it could carry 4 people.
An initiative that motivated the originators of the concept Progress Eagle, launched by the research firm Oscar Vinals. It will be an aircraft that will have an unusual appearance, capable of carrying as many passengers as an Airbus A380.But unlike this traditional jumbo, Progress Eagle, which should see the light of day by 2030, will run on wind energy and that will allow to break itself free from the fossil fuels. 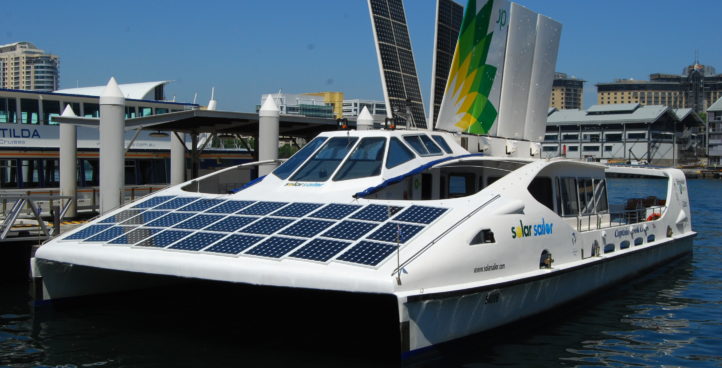 In October 2017, Energy Observer was presented to the public in Bordeaux. It is a boat that runs entirely using renewable energy. On its roof, there are panels that collect solar rays and turn them into energy. Since the wind is blowing more at sea, the Voltaic will also help fuel the boat.
Energy Observer is also able to navigate at 28 km / h. Its different sources of energy will allow it to progress independently. The fruit of a passionate research, this new technology will pave the way soon to the manufacture of electric cargo transportation boats.

In MAP Transport S.A., a 33 year experience road company, we bet on innovations for future transport. We know the importance of progressing to give solutions to what society is claiming. This is the reason why we rely on a responsible and quality management on our fleet. More than 2.000 customers rely on us and our services but we want to go further.