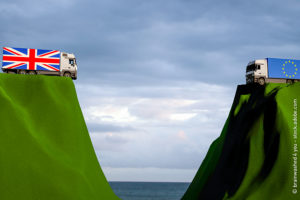 On 29 April, the EU Member States approved the Council’s ‘Brexit adjustment reserve’. This €5 billion fund is intended to support industries that are directly affected by the UK’s departure from the EU. The distribution of the sum between countries depends on the “value of fish caught in the UK’s exclusive economic zone, the importance of trade with Great Britain and the population of the maritime regions bordering the UK”, notes our colleagues from Euractiv. France should benefit from 420 million euros. As the economic consequences of the UK’s departure are still unclear, the sectors eligible for the fund have yet to be defined, the European Council said in a statement: “The draft regulation establishing the reserve provides for an indicative and non-exhaustive list of eligible measures”. To date, this list includes, among other things,“aid to enterprises and fishing communities, short-time working programmes and retraining programmes, border, customs and health controls, and the collection of indirect taxes”. On the French side, on 16 April, the Senate adopted a resolution calling for clarification of eligible public expenditure, pointing out that while fishing is particularly affected, transport and other sectors are also suffering significant financial consequences. It is up to the European Parliament to reach an agreement before the summer break.