The Volta Zero chassis has been designed and built using the proposed production specification frame and drivetrain components of the finished vehicle. 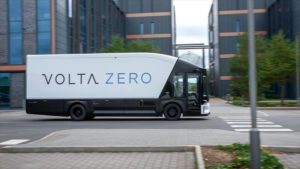 This includes the battery supplied by Proterra and an eAxle integrated rear axle, electric motor and transmission unit from Meritor.

Volta Zero was launched in September 2020, with full-scale production of customer-specification vehicles will follow at the end of 2022.

Essa Al-Saleh, chief executive officer of Volta Trucks, said; “The reveal of our first running prototype Volta Zero chassis is a major milestone on our journey to producing the first customer-specification vehicles in around 18 months’ time.

“The prototype will provide our designers and engineers with feedback and real-world data on the vehicle performance. 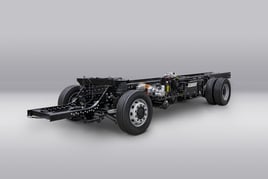 “The learning from the prototype will also feed into the pilot fleet vehicles that will support our customer’s understanding of the electrification of their fleets.”

The chassis is due to start a testing programme on proving grounds soon, with learnings taken into the production of a pilot fleet of vehicles expected to be delivered later this year.

These vehicles will be tested by Volta Truck engineers as well as being evaluated by key customers.

Volta Zero will have an operating range of 95-120 miles, with the driver sitting in a central position.

In May, Volta Trucks announced it will launch four fully-electric vehicles as part of its newly-announced Road-to-Zero Emissions strategy.

As well as Volta Zero, this will include three additional variants within the medium to lower end of the heavy duty class.

And there is also Volvo Group, Daimler Truck and Traton Group that have agreed to work together to develop a charging network for electric trucks in Europe.

A newly formed joint venture owned by the three truck makers will enter operations next year, and will inject 500 million Euros into a charging network consisting of at least 1,700 stations.

The new entity will operate as a standalone business out of the Netherlands.